We’ve just got back from another massive research trip around the South Island.

We started off checking out a fresh track in Oamuru, then we headed to Dean’s Bank.

Next we had a brilliant day riding at Rude Rock. We came up with a cunning plan to do it while it was still frozen – there was no mud at all. It also gave Jonathan a chance to test the ECR in the snow (it’s awesome!).

Then we spent the afternoon being shown the best tracks at Rabbit Ridge, thanks to our guide Olly (who knows the area like the back of his hand). There are heaps of new tracks being built there this year. 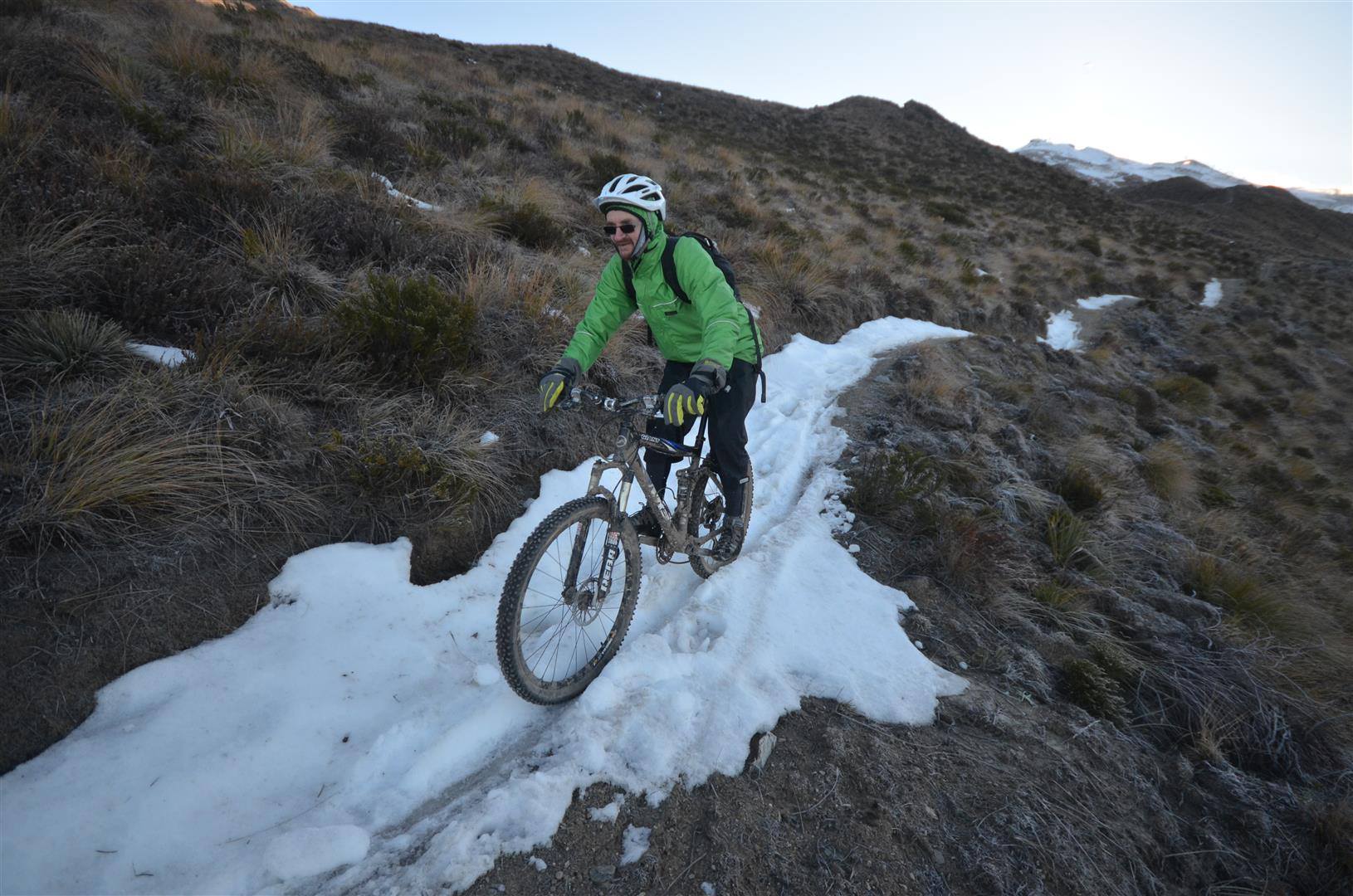 Parts of the track are covered in snow and it’s only June. We guess the track will be best left until summer to ride. Paul wiped out on some ice just around the corner from this shot!

Lake Wakatipu. No idea what the mountains are. The track is Rude Rock.

Olly guiding Paul down the Paddock Track at Rabbit Ridge.

Paul and Olly at Donna’s Dually – the most fun Grade 2 track in the country!

The next day was another fantastic one. We’ve got to hand it to the Queenstown Mountain Bike Club – they have created some excellent trails over the last three years with very strong connectivity that helps create longer, better rides. Awesome!

We headed out to do a great new version of the Moke Lake circuit, then Paul and Olly did Seven Mile while Jonathan headed off to the Moonlight Track.

Another day in Paradise at Moke Lake

Gold Digger – a great track by the Queenstown Mountain Bike Club that does away with the sealed road climb up to Moke Lake.

Olly shows us how it’s done at the Seven Mile MTB area.

There hasn’t been any sun on this part of the Moonlight Track for a while.

There’s some unbelievable track building on the Moonlight Track!

Man down! We only had one river crossing to go this morning, and a snow fed one at that. Otherwise it was a good ride on the Dusky Trail.
In the afternoon we were pleasantly surprised by the new track work at Lake Tekapo. There is some great flowing single track, and, of course, excellent scenery.

Well, it was an awesome research trip. Seven days of fine weather; met lots of great people and rode many kilometres of single track. Now we are on the ferry, heading home to work on the next edition of Classic NZ MTB Rides, due out 1 November.

Paul crossing a higher than usual Twizel River. All about to go pear shaped.

Paul is not a strong swimmer, so I was torn between taking photos and helping him out.

The single track built through Tekapo Regional Park is a lot of fun! Does anyone know who built it? Must have been a mountain biker.